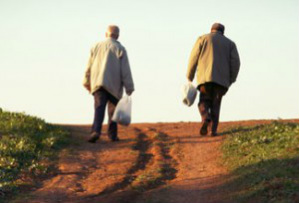 In the Jesus Movement of the late 60’s and early 70’s, Larry Norman rocked the Christian Music world with a song called, “why should the devil get all the good music”.

“I wanted to push aside the traditional gospel quartet music, break down the church doors and let the hippies and the prostitutes and other unwashed rabble into the sanctuary, … I wanted to talk about feeding the poor, going into the world…. I wanted the church to get active and go out and do what Jesus told us to do. I felt that while the hymns had great theology soaked into their lyrics, that most of the modern music was anemic and needed a transfusion”

In 2008, Christian rock historian John J. Thompson wrote, “It is certainly no overstatement to say that Larry Norman is to Christian music what John Lennon is to rock & roll or Bob Dylan is to folk music.”[130]

Norman disapproved of Christian musicians who were unwilling to play in secular venues or to “preach” between songs.[129] He also criticized what he saw as the “commercialization of Christian music in America”,[128] including the role of copyrights and licensing.[38]

If you want to read more about him, here’s a link to his Wiki

As a little girl in the 70’s, my parents were very involved in the youth group of our church. They brought my teenage cousins, who were nearly 10 years older than me, to church and youth group every week. I “hung out” with them and remember singing Jesus camp songs with them on our way to youth retreats and meetings. It was time, in America, where many people were turning toward Jesus because they thought the “end times” were imminent. I remember watching films that depicted life during the end times, when buying and selling were restricted. As a small child, I didn’t really think about the implications… it was all I knew at the time.

One of the songs we used to sing with my cousins on our way to church was a song that’s been covered many times by many bands, but was originally written by Larry Norman.  I tried to link to a video I recorded of my daughter and me singing this song, but it wouldn’t upload…   at any rate, the song is about the Rapture – an event that some Christians believe Christ will return to remove His people from the Earth before the Tribulation.   I don’t want to start a debate among those who love Jesus about their pre-trib, post-trib belief’s – I just believe it’s super important to know where you stand with Jesus.  Regardless of eternal timelines, there will be a point in your own life where you will not have the ability to change your mind…   If you have never accepted Him as Savior, my prayer is that you take some time today to pray about it.

Jesus is our Savior, Sancitifier, Healer and Coming King. I will forever serve Him, no matter what happens here on earth.   My prayer is that you will, too.

Life was filled with guns and war

And everyone got trampled on the floor

I wish wed all been ready

The father spoke, the demons dined
How could you have been so blind?

I hope well all be ready
You’ve been left behind

2 Peter 3:9, ESV: “The Lord is not slow to fulfill his promise as some count slowness, but is patient toward you, not wishing that any should perish, but that all should reach repentance.” … He does not want anyone to be destroyed, but wants everyone to repent.”

Love you, my friends.   Be Blessed,