Last March, the world lost a wonderfully eclectic soul, Eric Cohen. He died far too young of cancer. His sister and my sister were best friends ever since they were in 7 th grade and our families got to know each other well. Eric was a fellow musician, and invited me to play in his band when I was in 7 th grade, my first band. He looked out for me as if he were my older brother. Although he never asked me personally, my mother said that when he was in high school, he asked her if he could someday marry me, and promised to become a doctor so he could take good care of me. Lol. He had multiple doctorates when he died, in sociology and psychology, though he died essentially penniless. We never married nor even dated, but he was always a friend.

Eric was a very free soul, and extremely eccentric. He was the only Jewish Mason I ever knew, and he had a giant heart for people. Here he is in Central Park. I had a poster made of this picture for my studio, to remind me of his creativity. 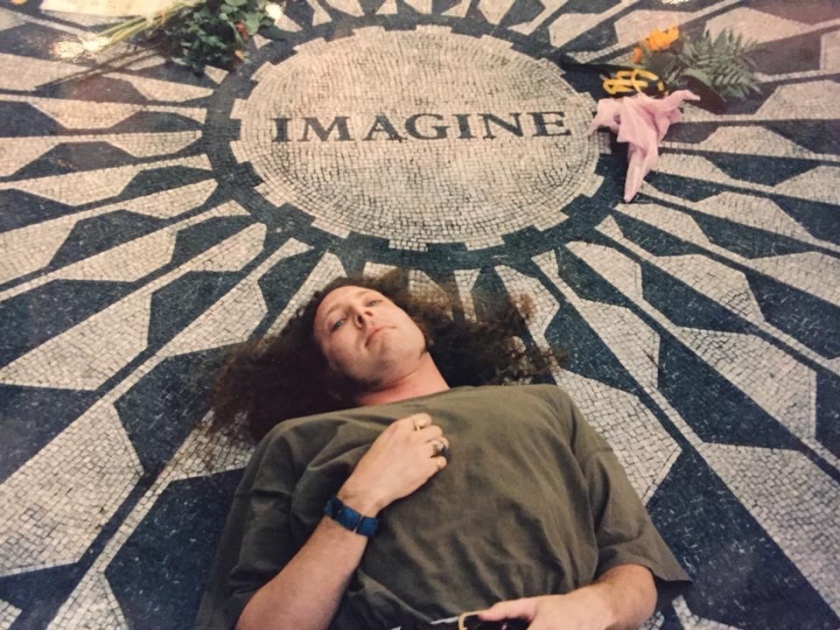 Last night was a Shiva service for Eric’s father, at their home. It was the first I’ve ever experienced. I have tremendous respect for Jews, as they are Gods chosen people, and the service was awe inspiring. Though I don’t know much Hebrew, (I know a few key words like Baruch (blessing) and Adonai (God)), I sat quietly during the service, just drinking it all in. I could feel the presence of God as His people followed their rites. I followed along in the prayer book, where some was written in Hebrew and some English.

Toward the end of the service, they observed silence and encouraged participants to pray either on their own or to some of the prayers and poems in the service book. I hope it was ok, I took a picture of the two that stood out to me. I don’t know who wrote these, so I don’t know who to give appropriate credit to, but am trusting that it’s ok to share. 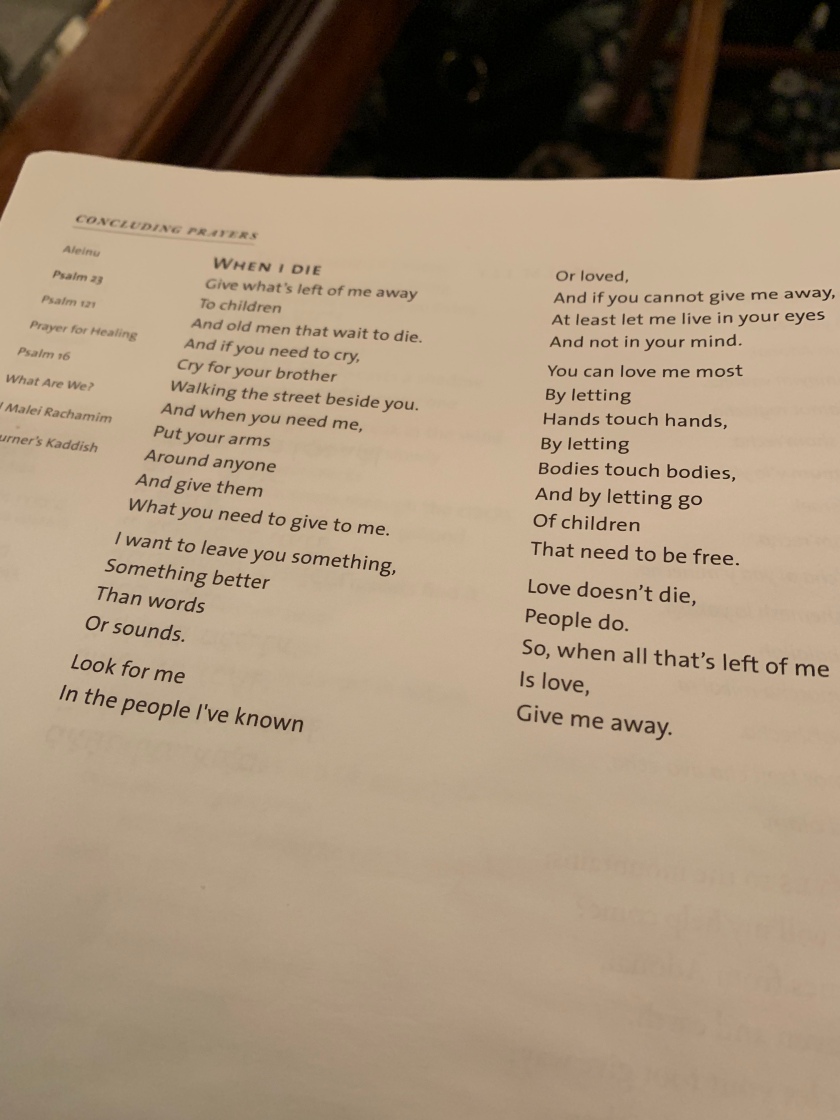 The last stanza of ” when I die” is my favorite. I will post these as separate posts because I feel their words are incredible.

Birth is a beginning is among the most touching works I’ve ever read. It speaks to me in volumes, and fits so well with my blog that I think I will stick it to my home page (if I can figure out how) 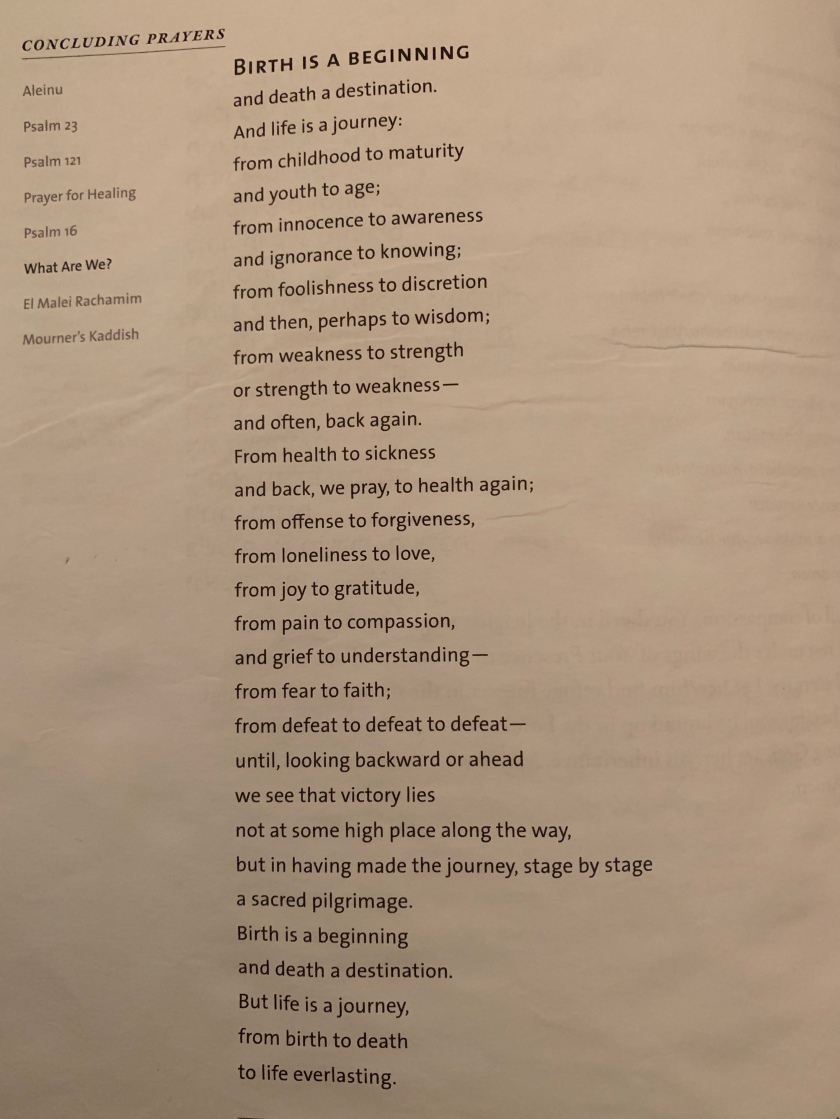 Be blessed today, my friends.